Restore your Confidence in Fat 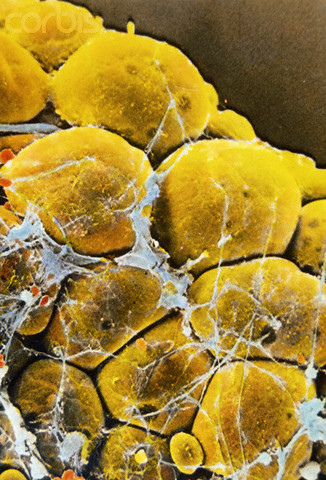 You can get twice the calories per gram from fat than you can from proteins and carbohydrates[1]. Each cell in our body has a membrane that is composed 50% of fatty acids and cholesterol[2], which give it all its wonderful attributes. A grand design that is certainly built upon natural selection, and heck, it worked for millions of years. Now, interestingly, humans are consuming food that numbs their brain and so they neglect to appreciate and look back at how their ancestors maintained perfect health for hundreds of thousands of years, even in the face of ice ages.

Prior to World War 2 it has been established in the medical community that Grains, Legumes, Milk and Sugar causes obesity, and to lose weight your doctor would advise you to refrain from all of these foods[3]. Prior to the advent of agriculture, approximately 12,000 years ago, human beings were eating lean meat, fish, eggs, vegetables, fruits, roots, nuts and seeds, seasonally and fresh (plus everything was organic). What happened post WW2 that changed this established guidelines completely? 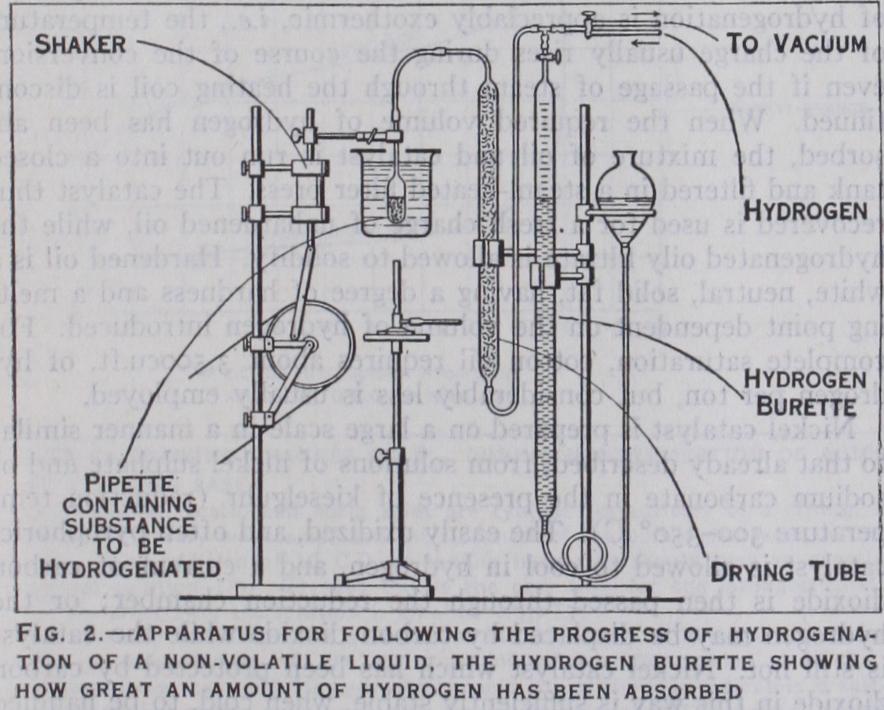 The major cooking and baking oil used in the United States, prior to WW2, was coconut oil. However, the Japanese conquered the Philippines and halted the export to the US, considerably reducing the supply of this desired commodity[4]. The US government wanted to solve this problem for the American consumers nationwide and turned to their scientists to come up with a solution. The industry at the time developed a method of extracting and converting grains, like corn, into oil, in a processed called Hydrogenation. Since Saturated Fat was a desired structure, because of the constituent fatty acids composing the oil are stable, this method would aspire to transform a liquid like corn extract into a more saturated state by adding hydrogen atoms to its fatty acid structure.

In order to sell these inventions, the food industry spent millions of dollars to advertise their products. When WW2 ended, and in fear of losing millions of spent money on the research, manufacturing and advertisement of these unsaturated oils, they stepped up their campaign and demonized coconut oil while lionizing corn, canola, sunflower and safflower oils. Their strategy included lobbying scientists to tell the media a story and stick to it for as long as they can. Ancel Keys had become a prominent scientist after he presented an epidemiological study[5], where he carefully cherry picked his data in order to support a hypothesis that earned his face on the cover of time magazine. His hypothesis has received plenty of criticism[6].

The Lipid Hypothesis stated that Heart Disease was caused by cholesterol forming a plague in your arteries, and that this cholesterol comes from saturated fat. Therefore, saturated fat is the culprit. However, this hypothesis has never been proven correct, as every single study was actually pointing in the direction of plague formation by oxidation of LDL particles. The fatty proteins (LDL), which carry cholesterol from the liver, through the blood stream, to an area of inflammation, is now considered essential, because cholesterol acts as a bandage. Then the rise of cholesterol in the blood stream is an indication for something else driving this disease, rather then the direct cause.

Anyway, the food industry has been backed by the health industry, as many people going to medical school are taught to believe in the Lipid Hypothesis and the rest of the nation is fed it through the mainstream media industry.

The real story being uncovered as the culprit in heart disease and arteriosclerosis has to do with malnutrition and consumption of unstable food.

Homocysteine has been found to irritate the lining of the blood vessels, inducing inflammation, which in turn cascades a mechanism that involves shipment of cholesterol to the inflamed area to bandage the fatty membranes of cells harmed by this irritant. Dr. Kilmer S. McCully was the first to propose the homocysteine theory of cardiovascular disease[7], and is the author of the book, The Homocysteine Revolution. His theory was received with great excitement, but in the 70's he lost his job and spent 2 years looking for one, later discovering he was placed on a blacklist.

Homocysteine is a transition compound between synthesis of amino acid Methionine into Cysteine and vise verse. This process requires vitamin B9 and B12, but deficiency in either slows the conversion rate and increases homocysteine levels in the blood stream[8].

Glucose has been observed to oxidize LDL particles[9]. Simple sugars are toxic in the blood stream, and to combat this effect the pancreas secretes Insulin, whom is in charge of signalling cells to intake glucose, and once the cells are satiated, Insulin converts the sugar into fat for storage in fat cells. Insulin has also been observed to switch off the livers mechanism of converting proteins into glucose for energy[10]. Since animal proteins and fats were a great source of stable energy for about 2 million years, the switch to direct intake of glucose disrupts our energy conversion of meat and instead we experience a sharp glycemic load that harms our arteries and drives our weight up.

Now, remember, grains are complex carbohydrates, which means that they are long chains of simple sugars attached together to form a complex structure. This takes longer for the body to break down, therefore their effect compared to refined sugar isn't as immediate. Our digestive tract is designed to break down fats and proteins[11], and so grains are digested and fermented by bacteria in the gastrointestinal tract. You can get a high glycemic load from consuming white bread and whole bread, though whole bread has extra fiber that slows the absorption of the sugar molecules into the blood stream.

Malnutrition and exposure to sugars, whether refined or complex, are the underlining cause of heart disease. Intake of saturated fat has been observed to increase the quality of LDL particles[12] and increase HDL in the blood stream[13]. 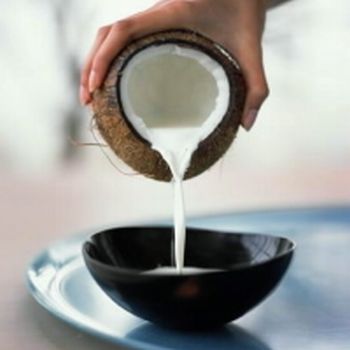 Coconut Oil as a Cure
Coconut Oil is 90% saturated fat. 50%[14] of that saturated fat is a fatty acid called Lauric Acid, which has been observed to convert easily in the liver to quick and available energy[15], due to its medium length chain structure, as well as have anti-bacterial[16], -viral[17] and -fungal[18] properties. Extra Virgin Coconut Oil also has phenolic compounds that have been observed to have antioxidant capacity[19].

Imagine supplying your body with this saturated building block. If your cells are coated mainly by fat, and coconut oil has been found to heal acne[20], then would you deduce that cells use saturated fat as a quality building block for their cell's wall? Note, that they also observed how a low-carbohydrate diet is correlated with improvement of acne[21].

In conclusion
Our ancestors developed their intellectual capacity from consumption of fat, that evidently attributed the development of higher communications essential for constructing an intricate civilization. Fat is a great source of energy and meat has always been a condense source of this nutrient. For our cell wall health, fat and cholesterol are the main constituents, while protein makes up 70% of the dry matter of the cell.

The agenda to sell a certain oil has driven the industry to confuse the public for mere money. People are suffering from neurological disorders because of their lack of stable-saturated fatty acids in their diets. Coconut oil is making a big return, and fascinatingly enough, in the Philippines they use it as well as a source of fuel for their cars[22].

You have a fathead, as Tom Naughton explains in his documentary Fathead.

It is your responsibility to take care of your cells, by supplying them their building blocks. Your nutrition is essentially their nutrition. You can only protect your cells and their organelles by eating an evolutionary, organic, seasonal and fresh diet.

The Responsibility is in your hands.
To your health!


Disclaimer
Posted by Unknown at 10:28 AM