Is Gluten-Free a Hoax? Investigation into [Journal]

The following is an argument presented based upon research and investigations into diet, physiology and human history. This article will allow you to piece some things together and develop your own opinion. 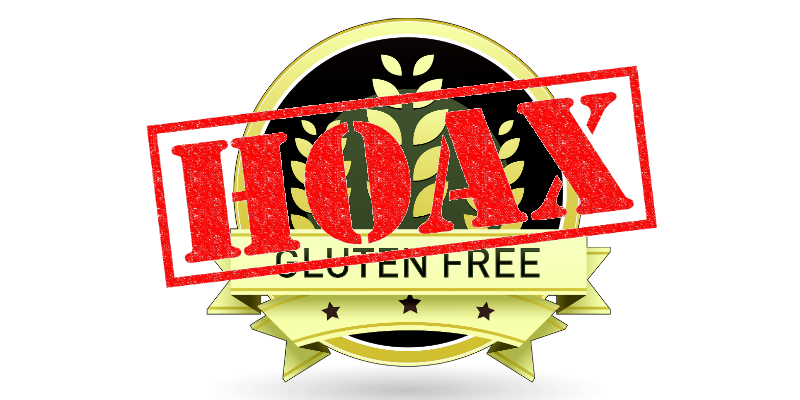 Basically, there is a huge difference between traditional methods of processing grains, which yield our breads, pastas and pastries, and conventional (and more recent) method of processing.

Traditionally, Man understood how nature operated and would pass that wisdom down the line. The wisdom of soaking nuts, seeds, grains and legumes goes back thousands of years, and rightfully too. Our ancestors, who left their paleolithic lifestyle and settled down in farms to seasonally plow the soil, had recognized that these sources of nourishment had protective mechanisms, designed to ensure the survival of the pod until such conditions that favored germination arrived.

Toxins and digestive inhibitors are part of this protective mechanism all grains have, and soaking them will present the seed the proper conditions for germination and eventual sprouting of the seed.

In the last century, science has offered an opportunity for Man to experiment with its food. We've seen it with GMO's and Processed Foods, however, the aspect of fermentation is not taught at school to a degree of explaining why our ancestors leavened their bread.

The method used today is largely void of the fermentation process. In the case of commercial sourdough, the yeast used for the fermentation had been carefully studied and selected, because of its capacity to rip apart gluten in 40 minutes. Since time is money, for profits sake, it made sense for the mainstream industry to shorten the fermentation process, but the end-product - the sourdough - was nothing like the traditional one, which takes well over 24 hours to prepare.

Do remember this crucial part, as we will return to this later - When a seed is dormant, all its nourishment is stored in storage units, which is what Gluten is (a storage unit), and germination springs to life thousands of enzymes who begin breaking apart the storage units in order to use the materials for root and stem growth.

Gluten itself has been accused for causing damage to the gut, which is not far from the truth, but as always, there is something more to be said that contributes to a large picture.

Gluten consists of two parts - Gliadin and Glutenins. In Wheat, Gliadin is the name for the storage unit, while other grains have different names for the similar storage unit (such as barley (hordein), rye (secalin), corn (zein)).

Apparently, these storage units are very tough to break apart by our digestive enzymes, and because of that the gluten may be only partially broken apart into a 7-amino acid peptide with opiate effects. You heard that right, a small protein-like complex that activates and stimulates opium receptors in the brain. You can learn more about that in my short article - Foods that Numb your Brain.

The following is an illustration I had made a couple of years ago, depicting the gut-blood barrier in the lining of the small intestine. Probiotic bacteria are depicted in green, creating a nice barrier between the cells and the lumen (intestinal space), and on the right an inflamed area caused by abnormal bacteria (pathogenic), who produce a gap between the filtration cells of the gut-blood barrier. This gap allows partially digested materials to seep into the blood, unregulated, since all products that pass through this barrier require complete disassembly, otherwise they are too large to cross.

Does this Gluten protein begin to fascinate you? It dawned on me that gluten was not the initial cause for gut and digestion abnormalities, as well as psychological due to the opiate trigger, although it is found to correlate. It is actually our gut barrier that is deficient in water and is subjected to a grain-rich diet.

Although I gave enough information regarding gluten's effect, I did not explain the reason for the phenomena depicted in the illustration.

Our food come with bacteria on them.
People who cook their food, kill the bacteria.
A processed food is any alteration to the composition of the original food.

If you were to eat grains that have not been processed externally by biological intelligences, so that they break down matter and recycle its building blocks for parts in their own creation out in an aqueous environment, these bacteria will instead proliferate internally, in order to recycle the food for parts but in a constricted and frequently dry space. Then those bacteria cause inflammation to the gut lining in the absence of hydration.


All food in nature comes hydrated. Food meaning; fruits, vegetables, raw fish and wild game. Those that do not come hydrated, are not alive. Alive is a definition you give to something that has activity, such as enzyme action, therefore, grains cannot be alive nor hydrating. And as such, upon consumption of a dry food, you will draw water from the closest source in order to hydrate the materials, and as long as you neglect to supply adequate water, the gastrointestinal tract will use what it can from the reserves of the body at the expense of other organs.

Gluten as a Glue

The lack of hydration of foods like grains and its processed forms, is because the storage unit within the grain has tremendous water binding capabilities and effects.

It has been already established that Gluten has water binding effects, as Gluten has been singled out as the chief ingredient in wheat to cause the texture of dough upon addition of water to flour. Moreover, flours and starches are frequently added to soups in order to thicken its consistency.


This knowledge and science isn't new. But the dryness of your gut is evidently correlated with increased heat pressures in the central cooling system of the stomach area (the trunk of body).


Water has a cooling property when it flows. The gut system is a piping line that can also overheat, due to the heat produced by bacteria composting materials. The addition of water in a meal allows the presence of water to fill up the space and evenly occupy it with the food particles. The movement of bacteria and enzymes, such as digestive enzymes, is accomplished largely by water channels and aqueous environments.


The aqueous environment of the gut piping can be sufficient enough to permit the mining of food particles, or it can be too dry, and then the mining teams have less maneuverability and consequently less nutrient digestion and availability.


Gluten is a strong enough binder, that you can also mix it with milk and it turns out a strong and luxurious glue, you could then use for sticking things together. I've see kids eating it too.


It is sufficient enough to infer that there is a correlation between gluten, its binding forces to water, and the dehydration of the gastrointestinal tract.


Based on my personal experience and the paradigm shift I went through as I was reading Dr. Batmanghelidj's book "Your body's Many Cries for Water"; it seems that water is the most natural and efficient laxative there is. The implications of this discovery, and understanding it, is that you may have simply been dehydrated all along, with a little help from gluten's gluing abilities, and all it takes is to dilute the piping system with mineral water.


Though, constipation isn't necessarily only contributed by gluten. Many popular dehydrating substances are ingested on their own, without sufficient water intake throughout the day, and as the body attempts to eliminate them, they pile up on the transitioning stool and develop a dehydrated consistency.


Even the assumption that drinking a can of soda, which has water in it, would hydrate you, is incorrect and misunderstood. The water comes with dehydrating agents - sugars, caffeine etc. - and the brain detects the nature of the substance and prepares the gastrointestinal tract for the substances arrival. Water is simply the carrier of that substance.


According to Dr. Batmanghelidj, our thirst signals are repeatedly being quenched by large volumes of food. Apparently, thirst and hunger signals are similar, and instead of reaching for the glass of water, we go for food and a soft or hard drink.

When water is drunk on its own, it bypasses the stomach directly into the small intestines, as the brain detects the purity of the substance and knows that no digestion is required, but rather allow the inflow to go directly to hydrating and cooling the piping system.

Conclusively, gluten is produced by nature to be a compacted building block stored tightly in the tiny seed, and upon springing the seed to life, that seed requires enough water to allow the plant enzymes to keep tapping into that storage unit. The lack of water inside our body upon receiving undigested gluten results in the redirection of water reserves to the digestion site, so that the body can prevent total coagulation and dryness of that section, as well as dilute food density in order for water to facilitate movement and accessibility to substances.

I don't want to shun gluten, nor am I asking you to. The Gluten-Free trend is based on some truth, but not enough people spend enough time comprehending Gluten's basic dehydrating nature and recognizing the importance of water for diet health.

Gluten's impact on human physiology is unavoidable. Ten-Thousand years ago, when mankind began plowing the land and growing mono-crops, they must have identified a correlation between heavy grain consumption and increased dehydration of the body. Methods to pre-digest gluten, such as fermentation to create sourdough or germination in order to sprout the grain, had to be discovered in the process of negating the appearance of side-effects.

It's been only about 100-150 years since commercialized society decided to ignore traditional wisdom, but diseases and suffering always lend a helping hand for Man to return to more harmonious ways of life and living.

Please follow up on any article I had embedded into this article, for further reading.

Also, here is an article describing a technique for hydrating while Eating.